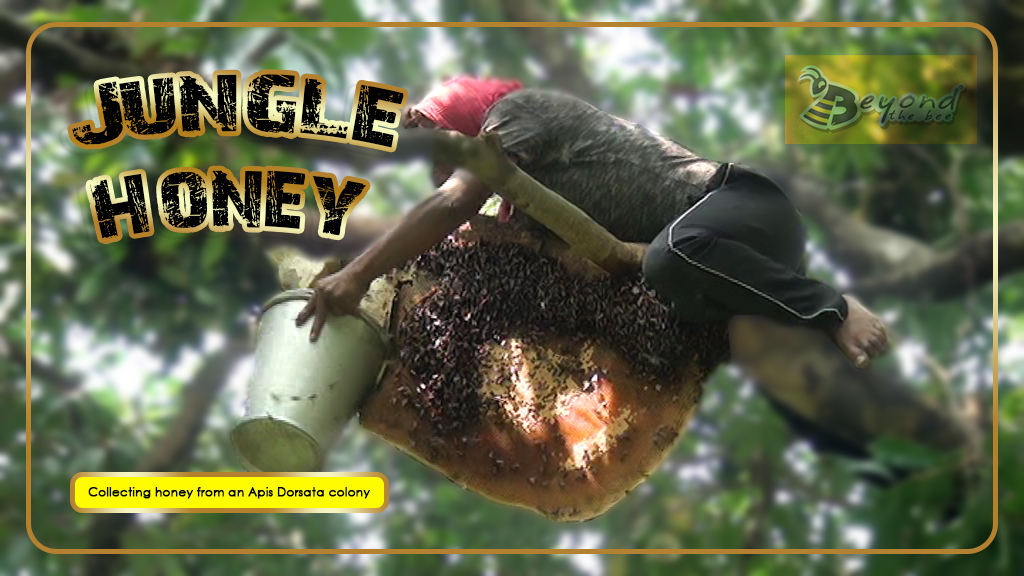 Our Jungle Honey from Apis Dorsata, the gaint honey bee, is a honey bee of South and Southeast Asia, found mainly in forested areas such as the Terai – Hills of Nepal. They are typically around 17–20 mm (0.7–0.8 in) long. Nests are mainly built in exposed places far off the ground, like on tree limbs, under cliff overhangs, and sometimes on buildings. These social bees are known for their aggressive defense strategies and vicious behavior when disturbed. Indigenous peoples have traditionally used this species as a source of honey and beeswax.

Natural Jungle Honey is collected once every two years. It tastes lemony, caramel and tangy has a creamy texture.
“Jungle Honey – Once is not enough”